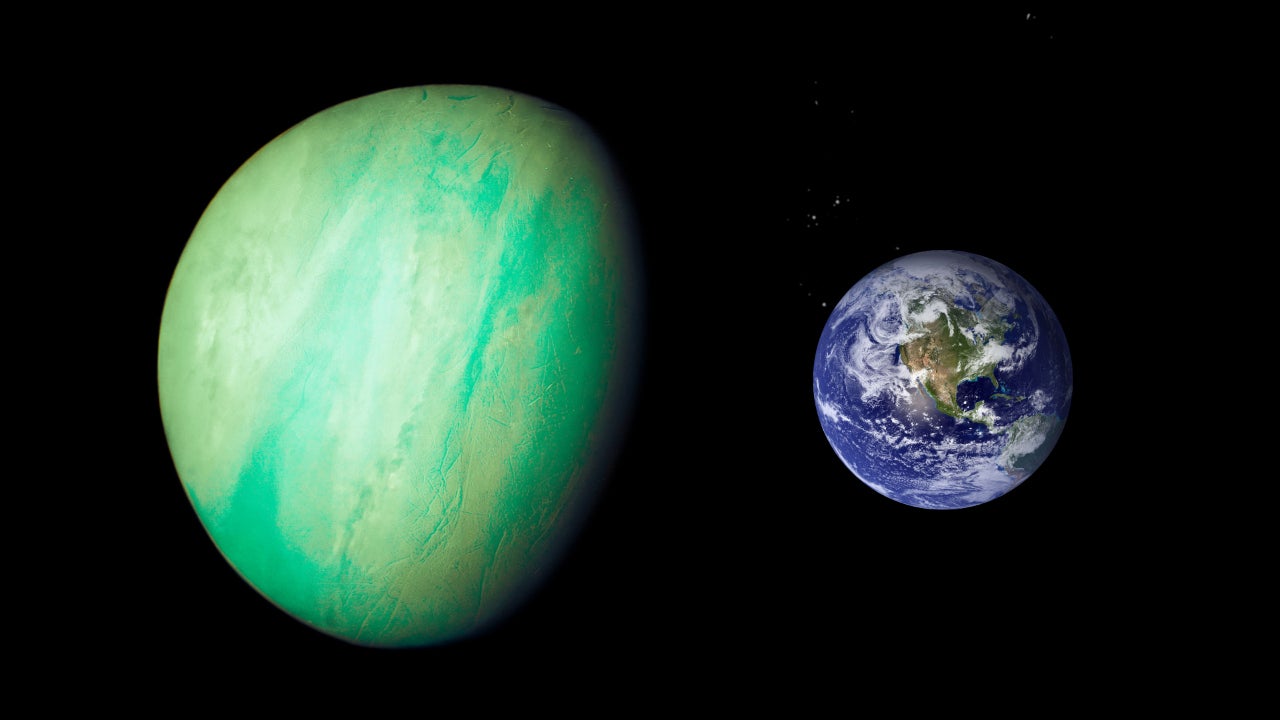 Are we alone in this universe? It is something many of us have asked ourselves. While humanity does not have definitive answers to this question yet, scientists are constantly searching for evidence that may point to the existence of extraterrestrial life. And what better way to start than by finding other Earth-like planets that might be able to sustain life?

Recently, there has been a large influx of research looking at exoplanets, although the motivation behind these studies varies across organizations. Some are just looking for a solution to the puzzle of alien life, while others are looking for a second home for us Earthlings to settle in.

Now, we might have some good news for all you exoplanet lovers. Subaru’s strategic program – which began in 2007 to produce outstanding scientific results using Japan’s Subaru telescope – helped discover a giant Earth crisscrossing the edges of the habitable zone of a red dwarf star only 37 light-years from our home planet!

Home away from home?

Known as Ross 508b, this “super-Earth” is a rocky world with a mass about four times the mass of the planet Earth.

And a year on Ross 508b lasts only 11 Earth days! This, of course, means that its orbit is not very large – which is understandable because red dwarfs are much smaller than the Sun, which is the center of our solar system.

But their smaller sizes mean that their gravitational fields are also not as wide as that of the Sun. Therefore, Ross 508 b orbits at a distance of only 5 million km. Looking at Mercury, for comparison, the planet is about 60 million kilometers from the sun.

The short distance between this super-Earth and its red dwarf begs the question: How can it be considered habitable?

Well, Ross 508b’s orbit is elliptical, which means it’s not always close to the star, and it dips pretty much in and out of the habitable zone.

A planet like this might be able to hold water on its surface. Whether or not water or life thrives, there is still debate and some serious research.

The relationship between red dwarfs and habitable planets

Three-quarters of the stars in the Milky Way are red dwarfs smaller than the Sun and such stars are abundant in the solar neighborhood. For this reason, they are critical targets in humanity’s hunt for neighboring extrasolar planets and extraterrestrial life.

However, red dwarfs are cooler than other types of stars and emit less visible light, making them difficult to study.

What makes this discovery even more special is that it is the first exoplanet to be found by the Subaru Strategic Program using the Infrared Spectrometer IRD on the Subaru Telescope (IRD-SSP).

The team at Japan’s Center for Astrobiology developed the IRD specifically to search for exoplanets orbiting red dwarfs such as Ross 508b. It relies on a planet-hunting technology that looks for minute deviations in a star’s velocity to infer the presence of a planet orbiting it.

It wouldn’t be an exaggeration to assume that the Subaru telescope could give us better candidates for habitable planets around red dwarfs.

“It has been 14 years since the development of the IRD began. We continued our development and research in the hope of finding a planet just like Ross 508b,” said Professor Bonai Sato of the Tokyo Institute of Technology, principal investigator of the IRD. SSP.

This study opened the doors to future observations to confirm the possibility of life around low-mass stars.

The search results are detailed in Published by the Japanese Astronomical Society It can be accessed here.