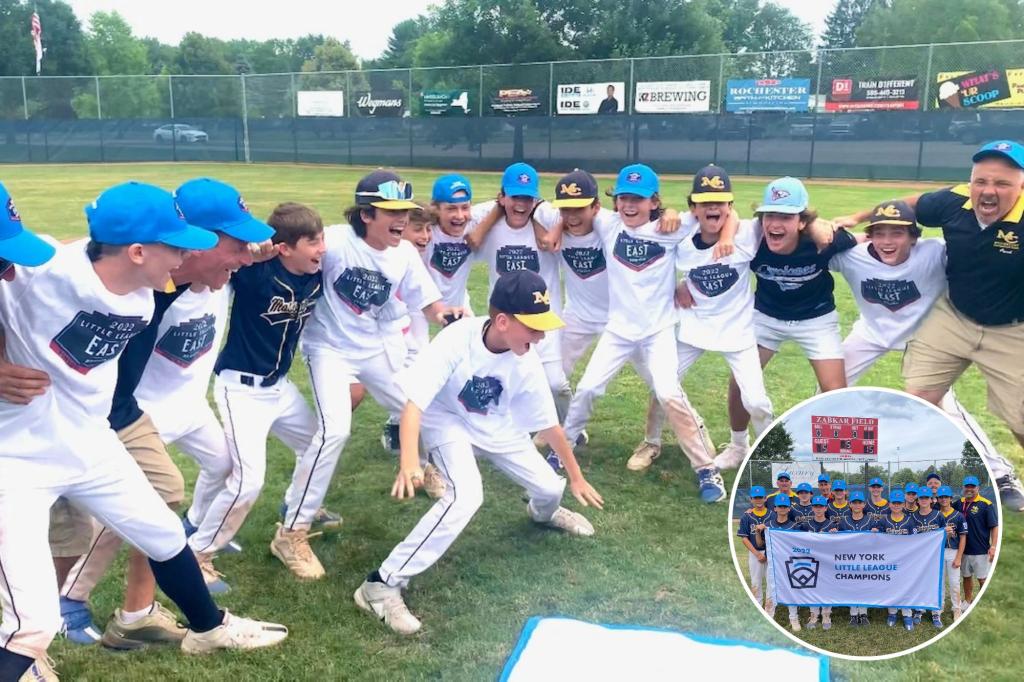 Massapequa has already made history, and its sights are even more.

“There’s nothing more exciting than the idea of ​​an 11 or 12-year-old achieving his little league baseball dream of making it to the Little League World Series,” head coach Roland Clark told The Post on Thursday.

Alex Pagano, bowler and first baseman to lead the team in the home run, added: “It’s definitely really exciting. Getting to Williamsport, it’s going to be huge because we’ll be the first Massapequa team to do that.”

The boys certainly have a legitimate chance of making this dream come true. Intense competition awaits in the region – representatives from New Jersey, Connecticut and Rhode Island are also vying for the coveted position in Williamsport. In the Double Elimination Championship, Massapequa will open against Toms River (NJ) East, Durable small league force.

Massapequa wouldn’t be any other way.

“At the end of the day, we are the champions of New York State and the teams we’ll be facing in the region are the state champions as well,” Clark said. “It’s a champions tournament and anything can happen. The competition will be fierce. We will just try to maintain a positive attitude and not give up on our philosophy that the game is not over until the end of the final.

“This has worked out really well for us so far.”

In fact, though, the caveat is that Massapequa rarely needed to sweat and sweat all the way to the final. In the state championship, the two singles elimination competitions proved to be stress-free.

In the semi-final match against East Greenbush Castleton, Masabeca was victorious 10-0 at Referee of Mercy. Then, in the finals against West Nyak Nanuet—who had previously beaten Masapeka in pool—Masabeca retaliated with another Mercy rule win, 15-5.

So far in the tournament, Massapequa is 12-2.

“It kind of sent a message that Massapequa will be an unforgettable team,” Clark said of his team’s victories.

Massapequa capitalized on that message in stellar play on the pitch. Not only did Massapequa hit the most home runs of any team in the state championship, but he also allowed for the fewest rounds.

“The wonderful thing about my team, from the first man to the eleventh man, is that everyone contributes,” Clark said. “Everyone has something special to offer. We do not depend on one player. I think that is what has made the state championship and this journey so special so far.”

Clark has experienced all of this before – the hoopla of the Massapequa community, not to mention the growing interest and allure of dreams come true.

Thirty-three years later, he’s at the head of another magical career. Coming back full circle, he said, is a “special moment.”

However, he insists that the spotlight is on the children. They were not the candidates to get to this point. This designation was given to the South Shore Staten Island or Webster.

“It wasn’t an expectation,” Clark said. “This is a tough tournament.”

“We were expecting to get that far, but not that far,” Pagano added.

But as a trip to Williamsport approaches, only one team from New York is left standing, and only one is making a definitive statement: none but the boys from Masabeca.

“Maybe they don’t enjoy their usual summer by going to the beach or being able to hang out with their friends every day,” Clark said with a laugh. “But I think they’re very happy with the barter.”